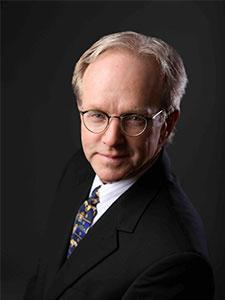 After completing his undergraduate degree at Oakland University in Rochester, Michigan, Dr. Juleff attended medical school at Wayne State University in Detroit. He did his residency in general surgery at William Beaumont Hospital in Royal Oak, Michigan, where he developed a keen interest in vascular surgery.

Dr. Juleff and his team offer personalized diagnosis and treatment for the full range of vascular conditions, including venous insufficiency, spider veins, and varicose veins, and associated symptoms like leg swelling, muscle cramping, and restless leg syndrome. The center offers the most advanced treatment methods, such as sclerotherapy and radiofrequency ablation.

Vein and vascular care is a technology-driven field, so Dr. Juleff invests in continuous education and equipment to ensure he is able to provide the best possible treatments to resolve his patients’ needs and improve their vascular health. 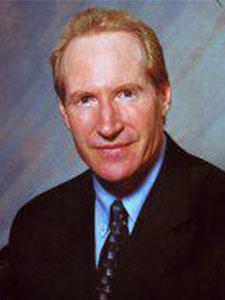 Dr. Richard J. Grisoli is board certified in the following areas:

He is also a certified vein specialist by the American Board of Venous & Lymphatic Medicine.

In 2008, Dr. Grisoli received an additional certification awarded by the American Board of Venous & Lymphatic Medicine. This certification is awarded to physicians who can demonstrate by rigorous testing that they have the necessary knowledge and skills to diagnose and treat most venous disease.

Dr. Grisoli is an anesthesiologist and a phlebologist. This fusion of specialties enables him to painlessly insert a catheter into a vein and guide the catheter into position for treating abnormal veins. These procedures are easier for the patient and involve less risk because there are no large incisions, fewer complications, shorter recovery times, and less pain.

He became interested in venous disease in 1996 and established a separate successful vein clinic at that time. He initially became interested in sclerotherapy of spider veins as anesthesiologists are skillful with needle placement in small veins and are often asked to start intravenous lines in the neonatal care unit on premature infants. His vein practice rapidly became successful drawing patients from several communities.

Dr. Grisoli’s interests include treatment of all types of veins from tiny cosmetic spiders to large varicose veins. He will include duplex ultrasound in the diagnosis and treatment of many venous disorders. He has been performing endovenous laser ablation techniques of the Saphenous Venous System with great success since 2004.

In 2007, Dr. Grisoli received an additional certification awarded by the American Registry for Diagnostic Medical Sonography (A.R.D.M.S.). This certification is entitled Registered Physician in Vascular Interpretation (R.P.V.I.) and is awarded to physicians who can demonstrate by rigorous testing that they have the necessary knowledge and skills to perform and interpret ultrasonography and doppler testing for vascular conditions. 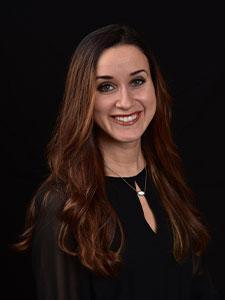 Naomi Hess, PA-C, is a Board Certified Physician Assistant. She is a local LSU alumni where she received her Bachelors of Science in Biological Sciences and her Masters in Health Administration. She then went on to receive her PA medical degree from Sullivan University in Louisville, Kentucky. After graduating from PA school in June 2018, she returned home to Covington, LA and began working as a PA in Phlebology at La Bella Vita Laser and Vein Center. Naomi performs surgical and nonsurgical consultations, and assists with procedures and post op care to meet each patient’s personal goals. She is also a member of AAPA, as well LAPA for Physician Assistants. Outside of work, Naomi enjoys outdoor activities with the wonderful company of her two Husky dogs, as well as spending time with her family and friends.

Dr. Juleff and La Bella Vita Laser and Vein Center provide a wide arrange of services that include, but are not limited to:

For any questions or concerns regarding conditions and treatments, please feel free to contact our office to speak to a member of our friendly staff.